We returned to racing for the second round of the BRSCC Mazda MX-5 Championship and MX-5 Super Series, descending on a sun filled Norfolk at Snetterton, this time around the Tucker Motorsport team were pushing a full garage. Marcus Bailey joined Paul and Clive in the Mk1 Championship, whilst we welcomed a new face to the Mazda family with first time racer Liz Walton taking the wheel of the Tucker Motorsport MX-5 Mk3 Super Cup car.

Conditions were thankfully very different to round one of the championship at Brands Hatch with a dry outlook and stunning qualifying conditions, it was a dry set up all around for the cars. With this in mind the pressure was taken from the set up team and placed in the hands of the drivers. With a fast track under ideal conditions, each driver had a mission, to find themselves a towing buddy! A towing buddy sits ahead of your vehicle acting as a wind break, reducing the aerodynamic drag, and hopefully producing you a faster lap time, all import for the qualifying standings. 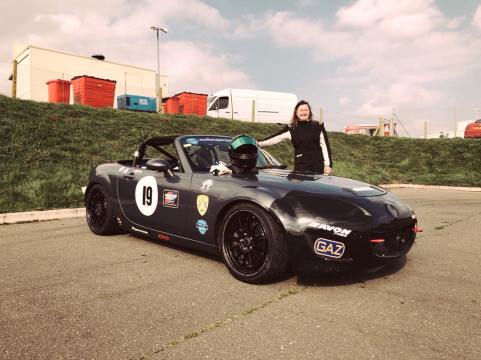 So to begin with the BRSCC Mazda MX-5 Mk1 Championship Round Two.

First up was qualifying group one, and the turn of Paul behind the wheel of car 68. Finding himself at the lower end of the pack he did well to get a tow, unfortunately from a slower vehicle, which saw him qualify mid-pack in position 12. Qualifying group two was much more eventful, a short time into the session, in fact only on the first lap, new to the team Marcus developed a miss fire. This left him significantly down on power and with Snetterton taking the award for the longest circuit in the country, this saw him limping the almost 5km back to the Pit Lane and the waiting Tucker Motorsport Mechanics. Despite a speedy diagnosis and equally as quick fix, Marcus still lost at least five minutes of qualifying time. The drivers pulled through the drama and did a sterling job to qualify with Marcus ending in 5th position and Clive in 10th.

Round Two brought plenty of trials for the Tucker Motorsport team, with faulty tyres and unluckily being caught in other drivers track incidents saw Clive and Paul having to fight hard for positions on track. Across the three races Paul achieved 19th, 20th and 2nd positions whilst Clive saw 21st, 4th and 17th, an excellent driving effort on both parts.

With the troubles of qualifying behind him Marcus did a great job getting to the know the drivers at the top of the field, his start in 5th position was the higher than he’d previously achieved before joining the Tucker Motorsport team. A solid drive saw him take 10th position in the first race, unfortunately the ups and downs of racing quickly muscled in on the success of the first race with Marcus being on the receiving end of a Mk1 shaped cannonball sending him off the track at turn one. This saw him in last position and over eight seconds behind the next car, the confidence of his newly set up car and the memories of race one glory spurred him on to charge back up the order making his way through the field to finish in 17th position. Race three thankfully passed with no drama, and a consistent drive from Marcus saw him climb his way up to finish 13th.

A round of great drama but a solid introduction for our new Mk1 team mate! With plenty of re-prep to carry out on the vehicles of Clive and Paul ahead of round three. 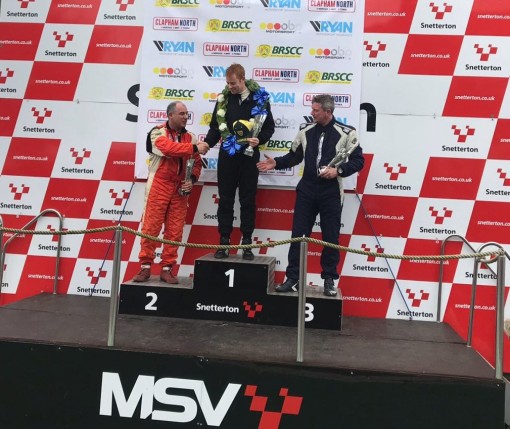 Alongside all of the action the Mk1 Championship the Tucker Motorsport MX-5 Mk3 Super Cup hire car took to the track. Liz Walton was taking to the wheel, looking to gain all important competition signatures to take her to a full race license, and of course have all important fun on track! With an introduction to the vehicle earlier in the week, with both a Track and Test day and Tucker Motorsport Driver Coaching, Liz had the confidence to complete all three races, making huge improvements in lap times, finishing with 10 seconds knocked off her initial lap time. Considering that prior to the Test and Track Day Liz had never completed a lap on track we think this an impressive result and we look forward to her continued development with the team.